The RSD is an excellent tool for the police. It can be used as an "alert system", detecting highly emitting vehicles, which can give an indication of a potential ilegal manipulation of the vehicle. In recent years the use of Opus RSDs for the identification of illegally manipulated trucks at police controls has increased in Europe. The versatility of the RSD and the fact it can be deployed and started in minutes, is perfect for surprise roadside checks.

It is known that many heavy-duty vehicles (HDV) circulating on European roads may have some form of emission control manipulation. These vehicles constantly cross the borders of many countries, making the problem a very serious one. The most common manipulation nowadays is to disconnect the AdBlue injection that reduces NOx emissions in diesel trucks. European legislation requires that the diesel vehicle monitors the level of AdBlue in the tank. If the tank is empty, the engine is prevented to be started.

This manipulation is done thanks to many different tricks, some of them with the so-called "AdBlue killers", which are devices that can be purchased for a very low price on the Internet and can be easily installed into driver's cabin . The AdBlue killer makes the computer believe that it is injecting AdBlue when it is not. In some cases, the device is very well hidden and finding the infraction is cumbersome.

Finding and sanctioning the owners of these vehicles is a desire of most traffic police forces worldwide.

How is it done?

Coordinating a police operation to find these cheaters is complex and randomly pulling over trucks is not cost-efficient. Without relying on mobile RSDs, that can be deployed in a few minutes, the police spends too many resources trying to find these offenders. In addition, due to the difficulty of finding the cheating device, the police often only spends a couple of minutes looking for it (as there was no previous hint), so the operations without an alert system give very poor results.

The only practical option is catching the cheaters in the act, with on-road inspections based on a real-time, real-driving emissions measurement with Opus Remote Sensing Devices.

Finding this infraction on the spot can, depending on the national law, result in an immediate sanction to the driver. A European legislation is already in place to carry out technical emissions inspections of commercial vehicles on the road: Commission Directive 2010/47/EU of 5 July 2010, transposed into different national laws in the different Member States. This directive protects the security forces and traffic control for the use of RSDs to find manipulated vehicles. The directive details that significant non-compliance of emissions measured by the RSD is by itself a proof of defect of the vehicle.

After a few hours measuring the traffic, the cheating-trucks do not appear by the inspection point, as the drivers warn each other by radio. This means the RSD must be deployed as quickly as possible and police controls should last a maximum of 4 hours.

These activities have been carried out in different countries and with different approaches, but the most sucessfull stories are from Spain and Denmark:

As part of the EU-funded LIFE program, in the GYSTRA project, OPUS RSE has collaborated with GUARDIA CIVIL, Spain's national police force, to find on the spot and remotely, illegally manipulated commercial trucks during the years 2018 and 2019, using Opus remote sensing portable devices. 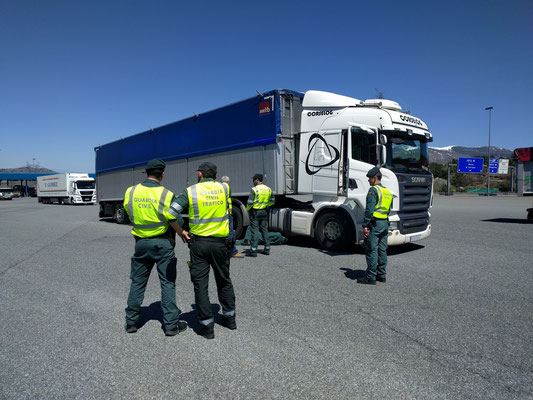 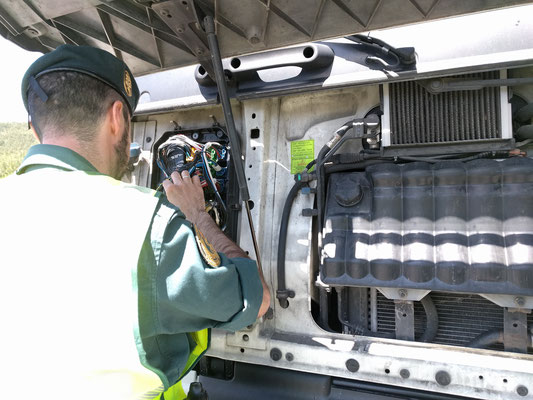 The trucks slightly accelerate when measured by the RSD, either at a slightly constant positive slope road or at the exit of a toll station. The RSD measures the truck's emissions as it passes in front of the device. In less than half a second, real-time control software displays NOx emission on a screen. If the NOx emission is above a certain limit, it is considered that there is a high probability that the truck has some sort of tampering. A radio alert is sent immediately to a police agent, who is some distance away. The officer receives the notice and stops the vehicle for a detailed inspection.

Some results of this program are:

EUROPOL has also published these results, as the Spanish police have collaborated with authorities in France and the United Kingdom.

Opus partner NEQ ApS and the Danish Centre for Environment and Energy (DCE) have conducted a project on control of Selective Catalytic Reduction Systems (SCR-systems) and diesel particle filters (DPF), which was initiated in September 2019 and finalized in January 2020.

The project was proposed by The Danish Environmental Protection Agency, Ministry of Environment and Food, the Danish Road Traffic Authority, and the Danish National Police. The project focuses on control of SCR cleaning systems for removal of nitrogen oxides (NOx) in the exhaust from heavy-duty trucks and methods for identification of manipulated and defect SCR-systems. 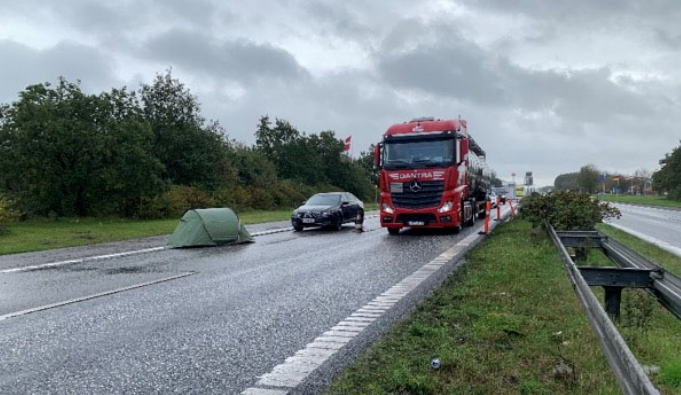